While I was in France, I visited Paris. When I was there, I visited the Menagerie. A Menagerie is a collection of something. You could have a plant Menagerie, an animal Menagerie, or even a dragon Menagerie.
The Menagerie I went to was an animal Menagerie, and there were lots of animals. When I first entered, I saw what looked like large hairy rocks. It turns out they were Yaks. Yaks are like big hairy cows that live in mountains. The next thing that I saw were owls. There was a whole strip of the Menagerie that only had owls. Most of them were sleeping or looking around quietly. There were Barn Owls, a Snowy Owl, Great Horned Owls, and Owls that wouldn’t stop staring at me. They all had splendid feathers and keen eyes.
The next enclosure had Emus; large birds that are covered in feathers, can’t fly, and always look like you gave them lemon juice. They kind of creep me out because they are always watching you. Near the Emu enclosure, there was a little fox. It kept running around and ducking under trees. A short walk away there were large cats. There was a snow leopard and her cubs on the outside. One of the cubs was trying to climb a tree branch; but it was dangling over helplessly. Its sibling came and showed it how to climb properly, and the other cub climbed back up. There was a nook between the wall and the bamboo where the leopards hid.
Nearby, there was a black and white vulture. It looked sinister and made me uncomfortable. I was reading its information panel, and it squawked and flapped its wings. I decided to look at something different; so, I went to the parrots. The parrots were either red and yellow, or blue and yellow. They were squawking loudly and showing off by climbing on the side of the enclosure and doing tricks. 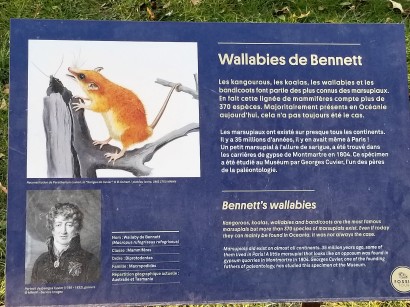 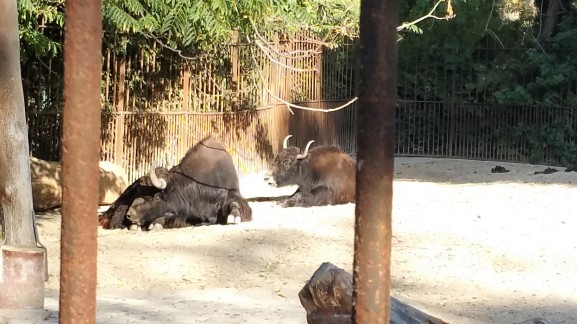 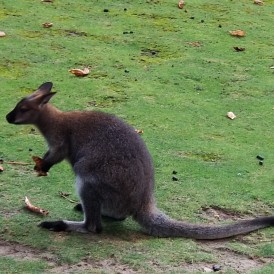 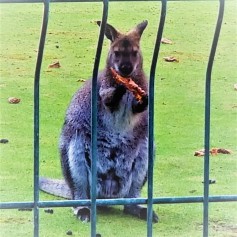 Near the parrots, there were two porcupines snuggled together as they slept. A bit away, there was the entrance to the reptile space. There were lots of large snakes curled out to sleep or spread out on the branches. If you went through the door, there were the crocodiles. They had rocks and a small pool to swim in. They were sitting like statues. As I went out, I saw deer eating, one male deer was scratching himself against a rock. There were also two adorable red pandas. They were climbing around and investigating. I even saw a group of boars. Boar are a kind of wild pig that are native to France.
The last animals that I got to see was a pack of wallaby’s, wallabies are relatives of kangaroos. They are smaller and (in my opinion) cuter. They posed for pictures at different angles for me too.

I highly recommend coming here if you go to Paris. It has lots of animals and is very fun, and you can learn a lot too. Until the next post!