Waiting for my flight

Ryanair flies all over Europe

Seatbelt light is on

Napping after some juice 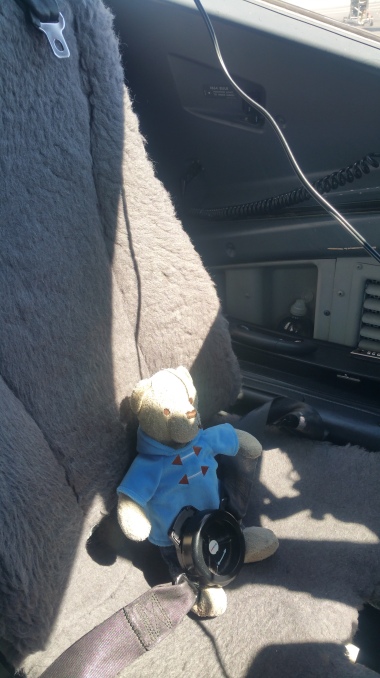 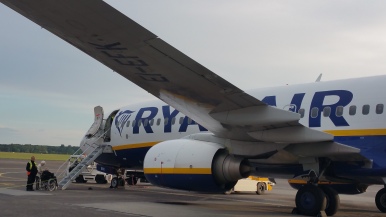 Plane with a harp

Now today is a very exciting day for me.  Because, today I am going to Italy. I am going to be flying Ryanair. What I wasn’t excited for is waking up, since I would be waking up really early.  Personally, I like sleeping in late. Plus, I would have to sleep in my clothes and I’d rather sleep in pajamas.  But, my friend said that I’d have to sleep in my clothes so that I wasn’t late.

When I woke up, I slipped on my shoes and walked out of the door.  I took a taxi to the Buchanan bus station.  Once I was at the bus station I waited for my bus and once it arrived I took it to Prestwick Airport. I waited for my plane after I went inside.  I noticed how it was much smaller than the other airports that I’ve been in. My friend told me that my flight wouldn’t take very long.  It would probably be about 3 hours. Now, when I first saw my plane, I noticed that it had a harp on its tail and the bottom half of the plane was blue.  Like Wow Airlines, Ryanair is a discount airline.  But like Aer Lingus, it is an Irish airline.  It was small compared to most planes that I’ve ridden on. The wall near the entrance had “welcome” in various languages.

After I got off the plane, the first thing that I saw that was different was a sign in Italian.  I was dumbfounded by the sign.  I was even more startled when I saw a gazillion signs written in Italian.  I guess that I forgot I was in Italy.  (I was probably remembering when I have had to stop in one place to change planes before going to my real destination.)  I cleared my head and remembered that I was in Rome.

After getting my luggage, I took a bus to where we were going to pick up the rental car. We picked up our rental car and drove onto one of the wild roads of Rome. Now you might be on the edge of your seat to hear more about Italy.  But, patience.  My next post will include Italy as well.  So, calm down and remember… the next post will come soon!

3 thoughts on “A Ride on Ryanair”