View from the hotel room 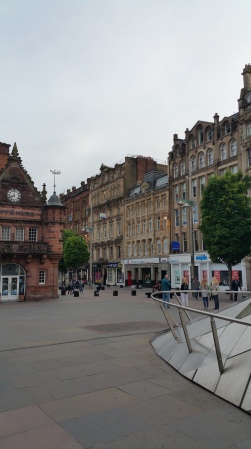 Walking to the restaurant 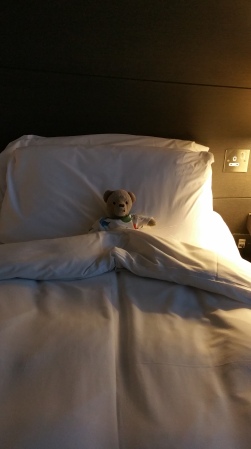 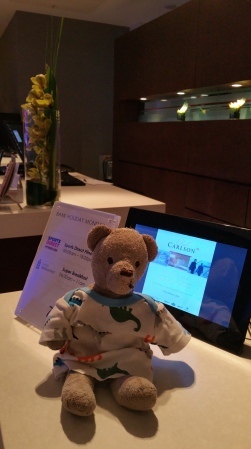 Talking to the guy at check-in

When I woke up, my friend told me that I was going to do some walking with her; so naturally, I got myself ready.  I was ready to go on the subway to go to a nearby church.  So, I started walking to the subway station.  You see, the subway station was really close to our flat; so, I could walk there, no problem.

So, now knowing that I could not use the train, I walked out and walked to the church myself.  After having arrived at the church, I noticed three signs that showed that I wouldn’t be able to go in.  For one thing, the doors were shut and locked.  The next thing I noticed was that the bells weren’t ringing as they would be if you were being called to mass.  But finally, there was a sign near the door saying the Mass would not be held at the time I was there.  I was a little disappointed; but decided to go to brunch anyway.

I went to the restaurant and ordered a big brunch.  After I ate, I decided to head back, buy groceries and go home.  So, I went and bought my groceries and headed home.  Once I was at the door of my flat, I lightly knocked on it.  I heard no footsteps; so, I decided to knock again.  I also sent a message to the person inside asking them to open the door.  Still though, there was no answer.  Again, I knocked and sent another message.  Yet again, there was no answer.  I knocked loudly for the final time and called the person inside.  But still, no answer.  I waited a little while and decided to try again.  After the gazillionth time I tried, there was still… annoyingly… no answer.

I decided to get a cab and go to a restaurant for dinner.  When I arrived at the restaurant, I got a big dinner just in case I had to walk some more.  Keep in mind that while all of this was happening, I kept calling and sending messages, desperately trying to get back into my flat.

Around ten o’clock, I decided to book a hotel room and stay there for the night.  The guy at the hotel was amused by our story and gave us the key to our room.  We then on the bed, called for a final time and decided to sleep.

The next morning, I was shaken awake by my friend.  She told me that we could finally go back to our flat since the person inside was awake.  I drowsily put on my shoes and walked back to the flat with a quick stop for breakfast on the way.  It turned out that the person inside had been asleep and had not heard us at all.

I guess the moral of the story is that you shouldn’t fall asleep when you know that someone needs you to open the door.

2 thoughts on “The Misadventure”