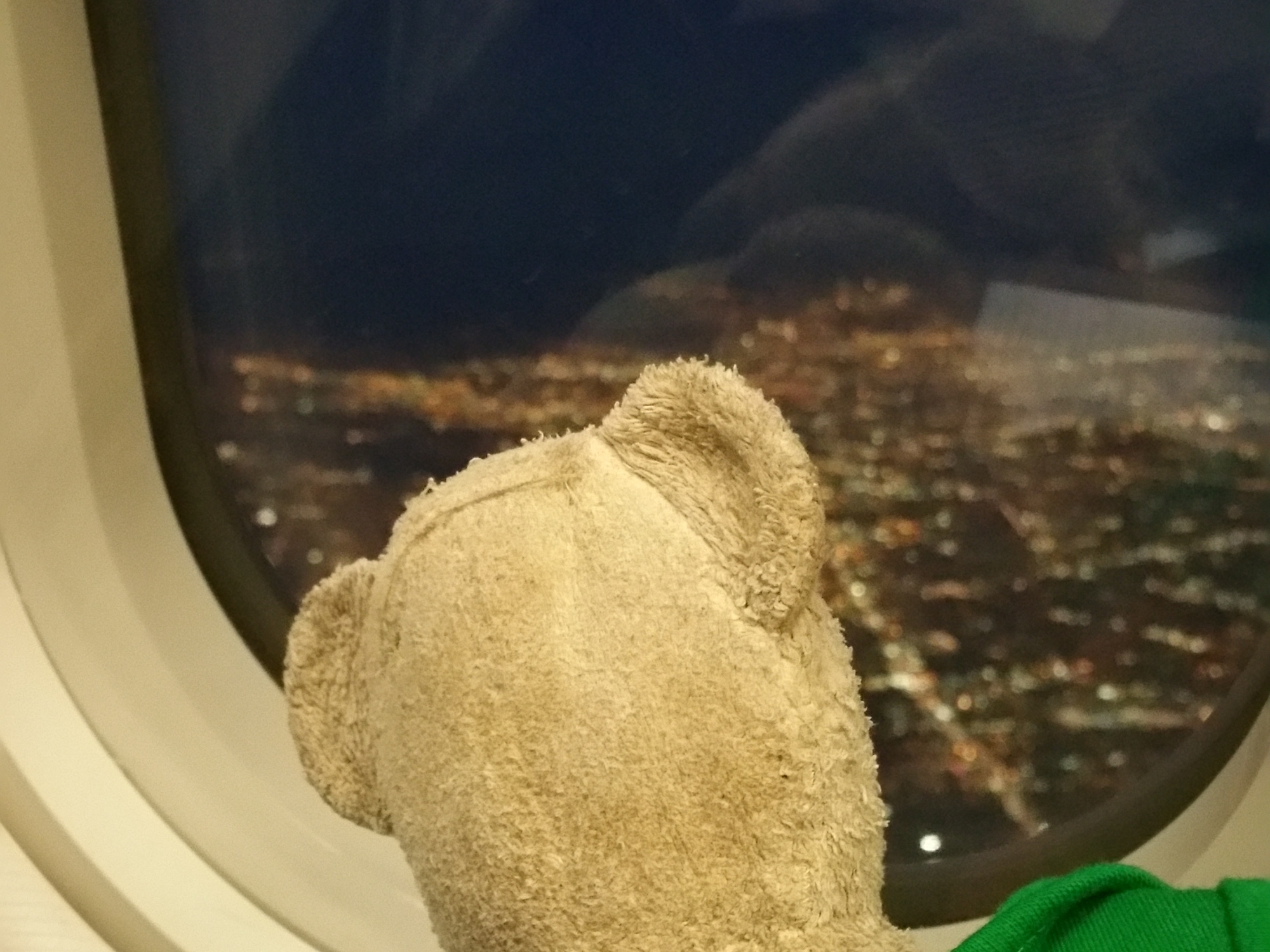 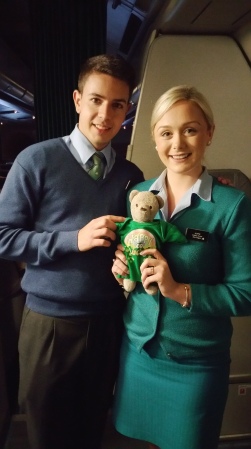 Hanging out with nice flight attendants 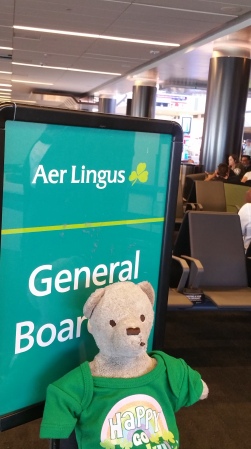 Climbing with a squirrel 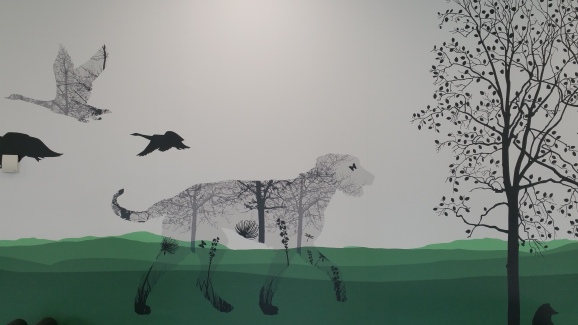 Since I am back in Scotland, I guess I should tell you how I got here.  The day started out strong. I’d been restless the night before, feeling anxious for the plane rides.  Luckily, I was able to sleep on the long car ride until we dropped it off at the car rental company.  Once we got to Los Angeles, we dropped off the car and we got on a bus and went to the airport.  We shuffled around a bit looking for where to drop off our luggage to be put on the plane once it was ready. For the terminal, where Aer Lingus was, had been changed.  As we dropped off our bags, I had my passport checked along with everyone else.

Now let me explain how a plane gets prepared for its next flight.  First, the plane parks at the gate.  Then, all of the people inside need to leave the plane.  Then, all of the people who worked on that flight leave.  All of people who worked on that flight get a few days of rest and another crew, who will do the next flight, get prepared.  Then, the ground crew has to refuel, clean and check the mechanics of the plane and load things like food and luggage into the plane.  The finishing touches are done and then people can board the plane.  Because this is an important process and there is much to do, it can take hours.

Once the plane landed, I got a good view of it.  The upper half of it was green and it had Aer Lingus painted on both sides and a three-leaf clover on the tail.  Now Aer Lingus is an Irish airline and their planes are named after saints.  The first plane that I was taking was named after St. Mella. She is the mother of two saints and is from Ireland; so, I guess you can see why they would name a plane after her.

All of the flight attendants from Aer Lingus wear green uniforms. I waited for a long time and I was eager to board.  When I boarded the plane that it was much different from Wow Airlines, which I previously took to Scotland.  For starters, the pattern on the floor was not the same colors. Another thing that was different was that they had movie screens on the seats where you could watch movies or listen to the radio. One thing that was in front of you when you sat down was an in-flight magazine.  It tells you what you can buy on the plane and about the airline, the plane and the country, which in this case, was Ireland.

When there is an announcement, the movie screen reads: “Announcement in progress, please wait.” And you can’t do anything on it until the announcement is over. Before you take off, you always hear about the safety rules for the flight.  Then, the plane takes off. For those who read this post, I suggest that you chew gum when you take off so that your ears don’t pop and you won’t feel dizzy.  I had a bit too.

During the flight, I watched a movie and had food.  The flight took 11 hours! Thankfully, it was later in the day; so, I was able to sleep for a part of it. So, when we landed, I was fully rested.  When we finally landed in Ireland, I was excited because this next flight wouldn’t be nearly as long. At immigration, the woman who checked our passports said that even though my passport was good, I didn’t have a ticket; so technically, I was a stowaway.

Dublin airport was very exciting. It took a while to get to our gate.  I was very confused about all of the doors, stairs and twists on the path.  On the way to our area, there was a traditional Irish prayer.  You would see one line at each landing.

When we got to our area, there were poems on the pillars.  There was a long wall with a beautiful mural of animals on it.  These animals were animals that are indigenous to Ireland. We spent some time doing the basics: reading and eating before our flight.

Our next flight was on a much smaller plane, it even had propellers! Our flight was less than an hour.  So, if I took a nap, it would be for most of it.  After the short flight, we landed in Edinburgh and I was ready to go to Glasgow.  We went past basic entry protocol at the airport and soon waited for our bus to arrive.  This was the bus that would take us to Glasgow. After a short bus ride, we arrived in Glasgow and arrived at our apartment.  The views have been breathtaking.

Since my returning adventures in Scotland have only just begun, I hope that you read my next post.  So, until then…

One thought on “Back in the Aer… Aer Lingus that is”